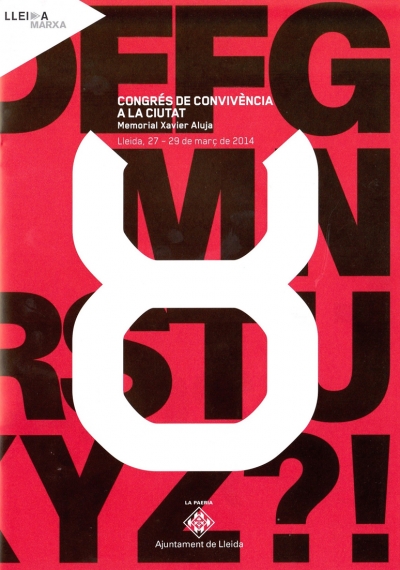 8th Congress of Coexistence in the City. Xavier Aluja’s Memorial

From 27 to 29 March has been held in Lleida this Congress where has been examined the Catalan language and culture.

Agustí Colomines, academic director of the Chair, has participated in the first session. The round table of this 1st day has been dedicated to the XXI Century culture and both culture and identity in complex societies has been examined.

You can see the program here and the assessment of the Congress. 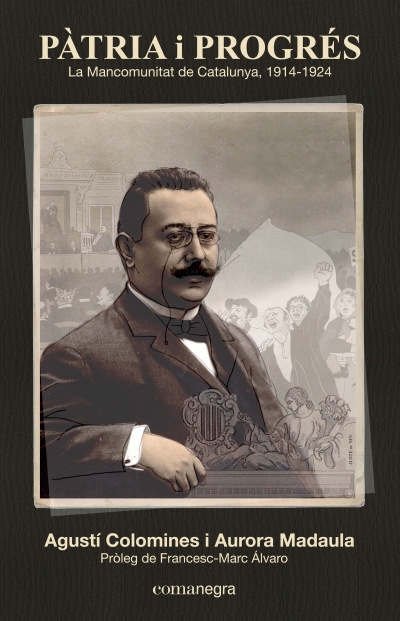 On  7th April 2014 has been presented the book “Pàtria i progrés. La Mancomunitat de Catalunya, 1914-1924” [Homeland and Progress. The Commonwealth of Catalonia, 1914-1924] by Agustí Colomines (academic director of the Chair) and Aurora Madaula (collaborator of GRENPoC). The event has been in the headquarters of Editorial Comanegra.

This work commemorates the centenary of The Commonwealth of Catalonia, an institution led by Enric Prat de la Riba which contributed a lot to the construction of Catalonia with really few resources.

“Never so little power has been used in such a wise and exemplary way. Even today is visible the remarkable legacy of the Commonwealth of Catalonia on various scopes of our community life.

It is needed to examine and to disseminate among new generations this epic of those who took the responsibility to build a country with so few resources, pretending they had more levers than they in fact had. They had faith in themselves and in a fearless society; that’s the reason why they were able to change Catalonia’s character.

The speakers have been Dr. Michel Sarra-Bournet, History and Political Sciences at Université de Montréal, member of the Executive Committee of the Journal of Political History and manager of the Encyclopedia of Political Legacy in Quebec; and Dr. Àngel Castiñeira, director of ESADE’s Chair in Leaderships and Democratic Governance.

The event has been moderated by Mr. Marc Gafarot, expert in international processes of secession and development cooperation at CIDOB. 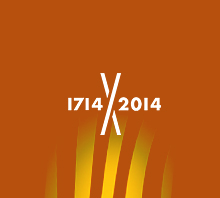 On 23rd May, on the occasion of the Tercentenary that commemorates the fall of Barcelona in front of the Bourbon Troops during the Spanish War of Succession (11th September 1714), has been held in Sitges a speech by Dr. Agustí Colomines, academic director of the Chair.

Agustí Colomines has examined the change between the relation of Catalonia and Spain since 2010, change that, he opines, hasn’t been assimilated yet by Spain. 2010 represents a turning point due to a historical complaint that started in 1714, a complaint that has been accentuated recently. However, the Spanish State does not seem to be ready to do any change to start listening to these voices.

It has been compared as well the relation Catalonia-Spain with the one England has with Scotland and Ireland. 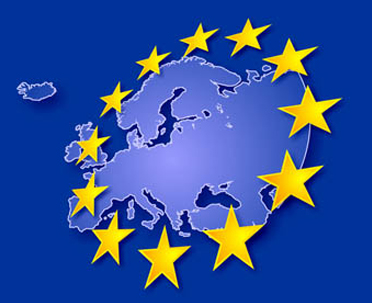 The objective of this course has been to analyze the democratic challenges that the European Union has to face in a time where its role is questioned due to the increase of populism and euroscepticism. It has been well defined the magnitude of this democratic legitimacy’s crisis and the strategies that are needed to face it.

It has been organized by Josep Termes Chair, European Commission and Generalitat de Catalunya. The speakers have been internationally recognized experts. Among them, there are various members of the GRENPoC: 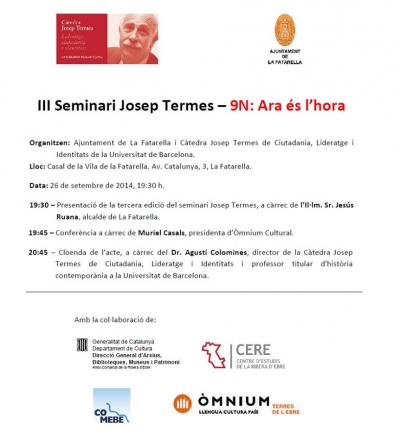 On 26 th September 2014 has been held the III Josep Termes Seminar in La Fatarella, this year called “9N: Ara és l’hora”, alluding to the slogan of the civil society campaign in favour of the independence of Catalonia: “Now is the Time”.

The main speech has been done by Muriel Casals, president of Òmnium Cultural and professor at the UAB. It have also participated Mr. Jesús Ruana, mayor of La Fatarella, who has started the event, and Agustí Colomines, academic director of the Chair, who has closed the seminar. 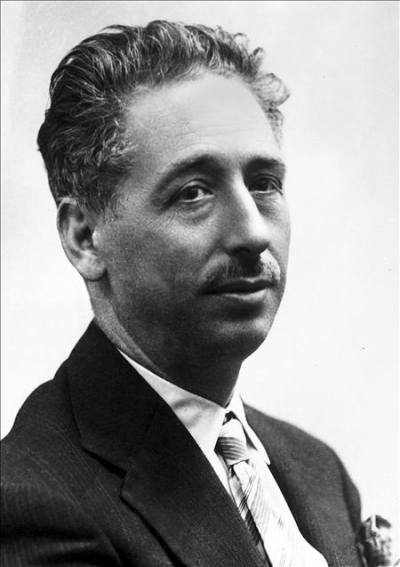 Life and death of Lluís Companys, president of Catalonia

On 15th October 1940, 74 years ago, the president Lluís Companys was executed by firearm by fascists in Monjuïc Castle. On the occasion of this date, the Museu d’Història de Catalunya has paid tribute to him with a speech of Agustí Colomines, academic director of the Chair. As he has said already in many other occasions, “is the life of president Companys what makes sense of his death and not the other way around, a wrong way defended by the ones who look down on him as one of the most important politicians in the contemporary Catalonia”. 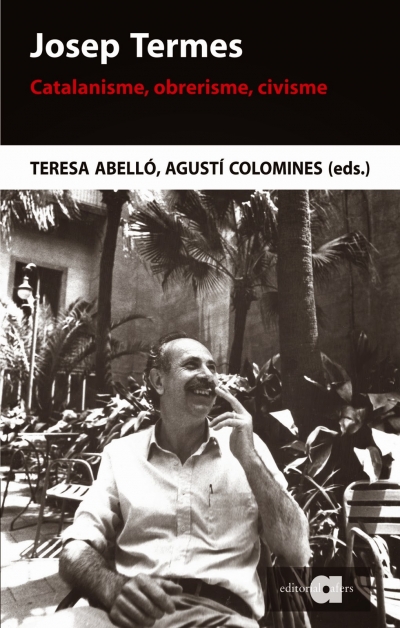 Publication of the book

“Josep Termes. Catalanism, Labor Movement and Civility” would be the translation of the title of this book. It has been published on October 2014 by Editorial Afers.

It is a tribute miscellany where various experts go into detail about catalanism, labor movement and civility, always led by the values and the perspective of professor Josep Termes, who was an historian specialized on the Catalan labor movement during XIX and XX Century. He was a valuable and committed man but, however, not enough recognized.

The titles of the compiled articles serve as a sample of the content of this volume: 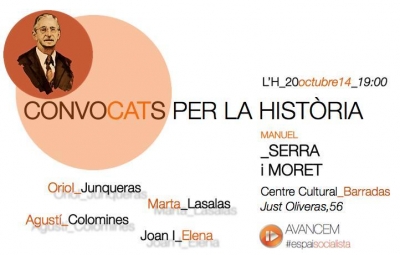 This 20th October, commemorating the 130 anniversary of his born and almost half century after his death, has been held a round table to pay tribute to Manuel Serra i Moret.

He was one of the most important leading figures of the Catalan left-wing. He was member of Unió Catalanista, Partit Socialista Català and Moviment Socialista de Catalunya, trying always to juggle Catalanism with the left-wing postulates. The debate is a topical issue because recently the PSC has supported PSOE in the refusal to celebrate a referendum to decide about the emancipation of Catalonia.

The participants in the event have been Agustí Colomines (historian and academic director of the Chair), Oriol Junqueras (president of ERC), Marta Lasalas (journalist) and Joan Ignasi Elena (leader of Avancem). 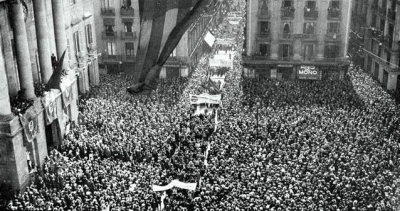 On 30th and 31th October 2014 has been held this symposium organized by Institut d’Estudis Catalans. Its main goal has been to summarize the proposals aiming to recover the collective personality and the reaction that these proposals have caused. It have been regarded attentively the contributions received by political Catalanism when it was severely persecuted by the regime of Franco.

Various members of GRENPoC have taken part of the symposium, by instance: 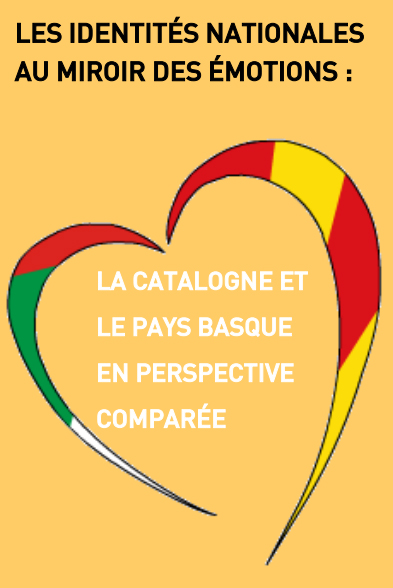 National Identities and the Mirror of Feelings: a comparative perspective of Catalonia and Basque Country.

On 13th and 14th November 2014 has been held in Paris an international colloquium organized by Université Paris-Sorbonne-Paris IV, Université Paris VII and Euskal Herriko Unibertsitatea.

It has been analyzed the role of feelings in the process of building collective identities and shared spaces in various spheres: mass media, memory places, arts, sport… 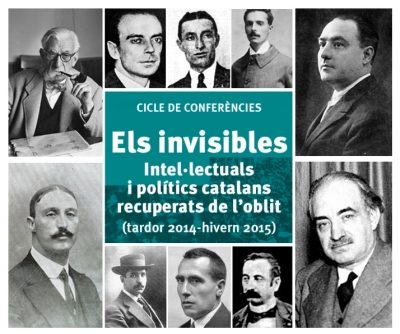 This autumn 2014 has begun a series of conferences, The Invisible Ones, where have been portrayed both the works and the personality of various Catalan intellectuals and politicians who have contributed to the modern configuration of our country but, for some reason, are forgotten in the present.

The series has been directed by Dr. Agustí Colomines, academic director of the Chair, and Dr. Mercè Morales, UAB.

The conferences have been done in a weekly basis at the Auditorium of the Museu d’Història de Catalunya and haven been organized by Josep Termes Chair, Centre d’Història Contemporània de Catalunya, Societat Catalana d’Estudis Històrics and Generalitat de Catalunya within the commemoration of the Tercentenary (1714-2014) events.

The personalities honored during this last trimester of 2014 have been:

Joan Casanelles I Ibarz, a liberal and labor Catalan left-wing (by Joan B. Culla, professor at the Universitat Autònoma de Barcelona) 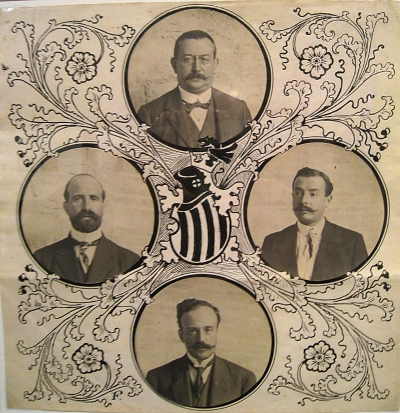 On 16th and 18th December has been held at the Universitat Autònoma de Barcelona this university congress about the Commonwealth of Catalonia.

Dr. Agustí Colomines, academic director of the Chair, has participated in the congress with the speech called The Basis of the Commonwealth of Catalonia: the Educational and Cultural Work. Ms. Aurora Madaula, collaborator of GRENPoC, has participated as well with her exposition: The Financial resources of the Commonwealth of Catalonia. Politics of Loans.

Here you can watch the video with the simulation of the speech done by Enric Prat de la Riba [content in Catalan]. 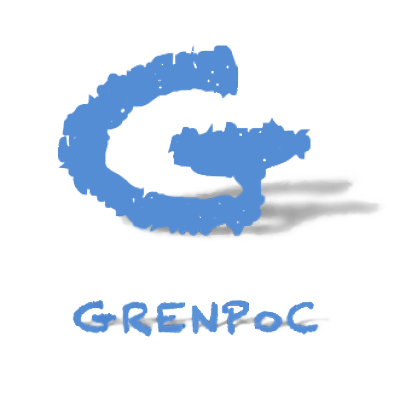